The Smoke House at Gilfillan Farm was used to smoke, preserve, and store meats that would later feed the Gilfillan Family. The practice of refrigerating and freezing meats was not available in the mid-1800's, so meats needed to be cooked and consumed immediately or cured and stored for later consumption. 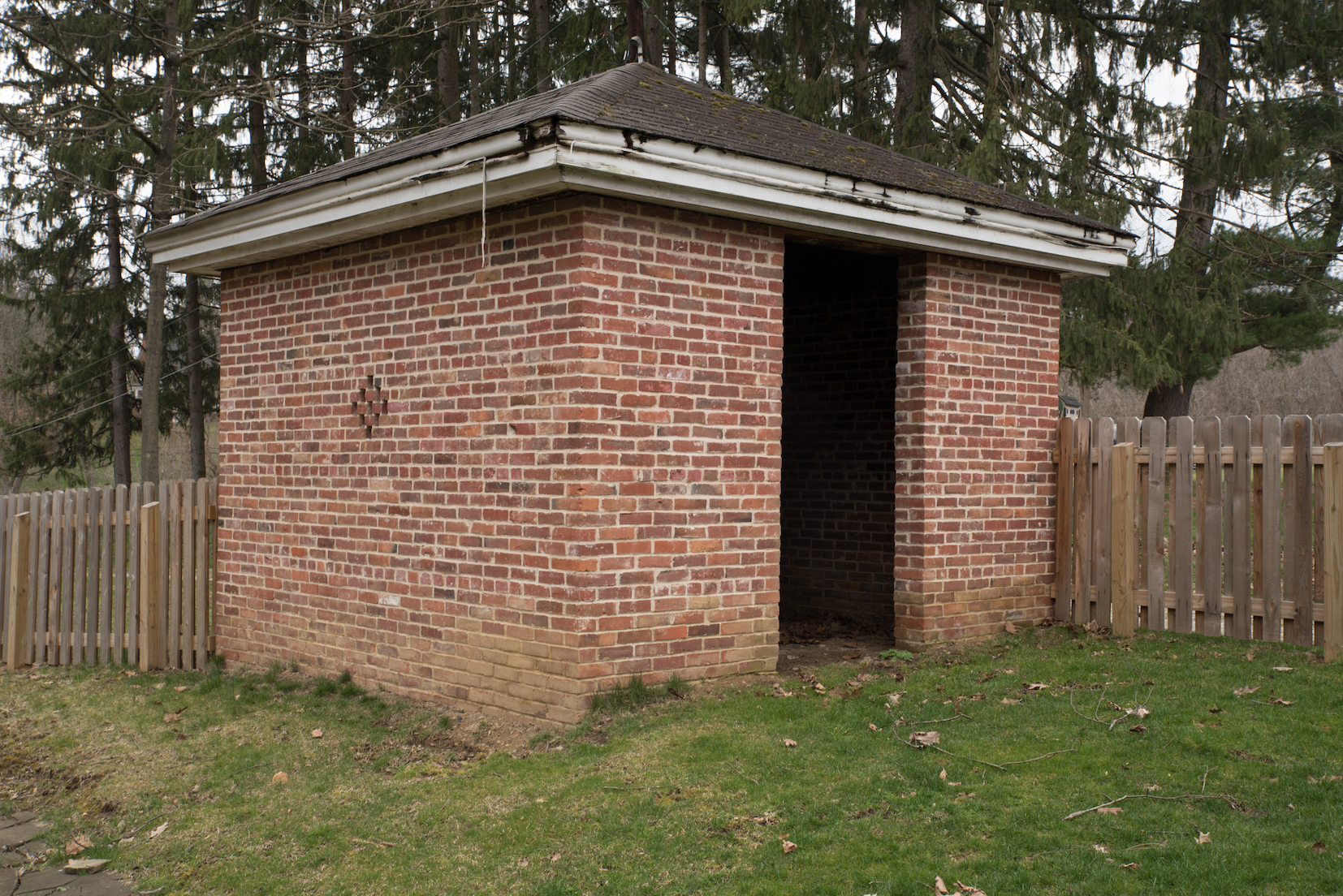 In 2016, the Historical Society of Upper Saint Clair conducted a survey of the farm and created a Facility Management and Interpretive Plan in order to recommend a prioritization schedule of restoration work that needed to be completed at the farm. The Plan recommended that the Smoke House undergo extensive reconstruction in order to return the building to its original physical appearance, but also to reestablish the stability of the building.

In 2018, the restoration project commenced. The smoke house is a brick building that had been painted to maintain an aesthetically appearance. The paint had to be stripped from the bricks so that the building could be restored to its original appearance.

The stability of the building was a critical element in the restoration project. Therefore, the plan recommended that a new footer and foundation be built to ensure future stability. This project included the installation of appropriate drainage to redirect the flow of ground water around the building.

A new roof also needed to be built and installed onto the building. It was important that the roof be built with time appropriate materials. A crane was used to remove the original roof structure and replace it with a new roof.
Donate